“We’ve got to fix this for the benefit of our society,” Dave adds.

Collaboration is a huge part of research. We’ve seen an erosion of the myth of the lone genius, and many grants now have stipulations requiring collaboration. Collaboration and team formation take time. How can we make it easier to get disparate groups of people to innovate around a specific problem? Can a consistent approach be applied so that it happens more quickly in a variety of scenarios?

Exaptive team member Shannan Callies organizes researcher-centric networking events that make everyone feel welcome and included. Effort is required for those outcomes because, as Shannan quips, “Networking is awkward and humans don’t like it.” Shannan has overseen events where hundreds of PhDs, researchers, clinicians, and other scientists gathered around a specific purpose. She says, “One of the greatest challenges is making sure the right people get connected.” 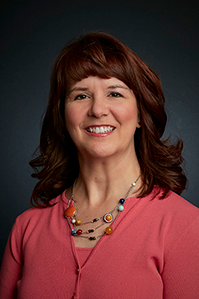 Dr. Alicia Knoedler, Executive Associate Vice President for Research at Oklahoma University, sees the same issue and highlights how complex research development can be: “Funding agencies and other groups that are interested in solving problems are interested in a more multi- and interdisciplinary type of team. Where it’s not just ‘here’s a problem and here’s a chemist trying to solve the problem.’ It’s ‘here’s a problem’ and there’s people from art, chemistry, engineering and psychology, all on a team together to address this problem in very unique ways.”

Alicia continues, “You have language issues, terminology issues, methodological issues. People have different expectations. Maybe they have a different way of expecting the pace of research to occur. [There’s a difference between] all the researchers thinking independently about the problem and then coming together to figure it out, versus ‘what is interesting about this problem when we all think about it together?’ And then, ‘let’s figure out a different way of approaching it together.’”

Dave believes there’s an analogy between the productive friction of a city and finding cohesive, productive teams. Put a million people or so in a small area, and you’ll get some friction. Some of it is unproductive, like packed subways. Some of it is very productive, like when people meet at conferences or in a building’s elevator. (Another example: Exaptive hosts Data + Creativity, a meetup in Oklahoma City where we have lively and thoughtful discussions with people from different industries and types of work about how to use data for good.)

As an engineer, Dave built Exaptive to facilitate innovation intentionally, not by chance. “The right sort of data used to create the right sort of friction can create insight in just a 30-minute workshop with nothing more than paper and pens,” he says. Exaptive’s Cognitive City, a virtual space for organizing and tracking the progress of collaboration, “takes that concept and scales it beyond the limitations of physical space.” 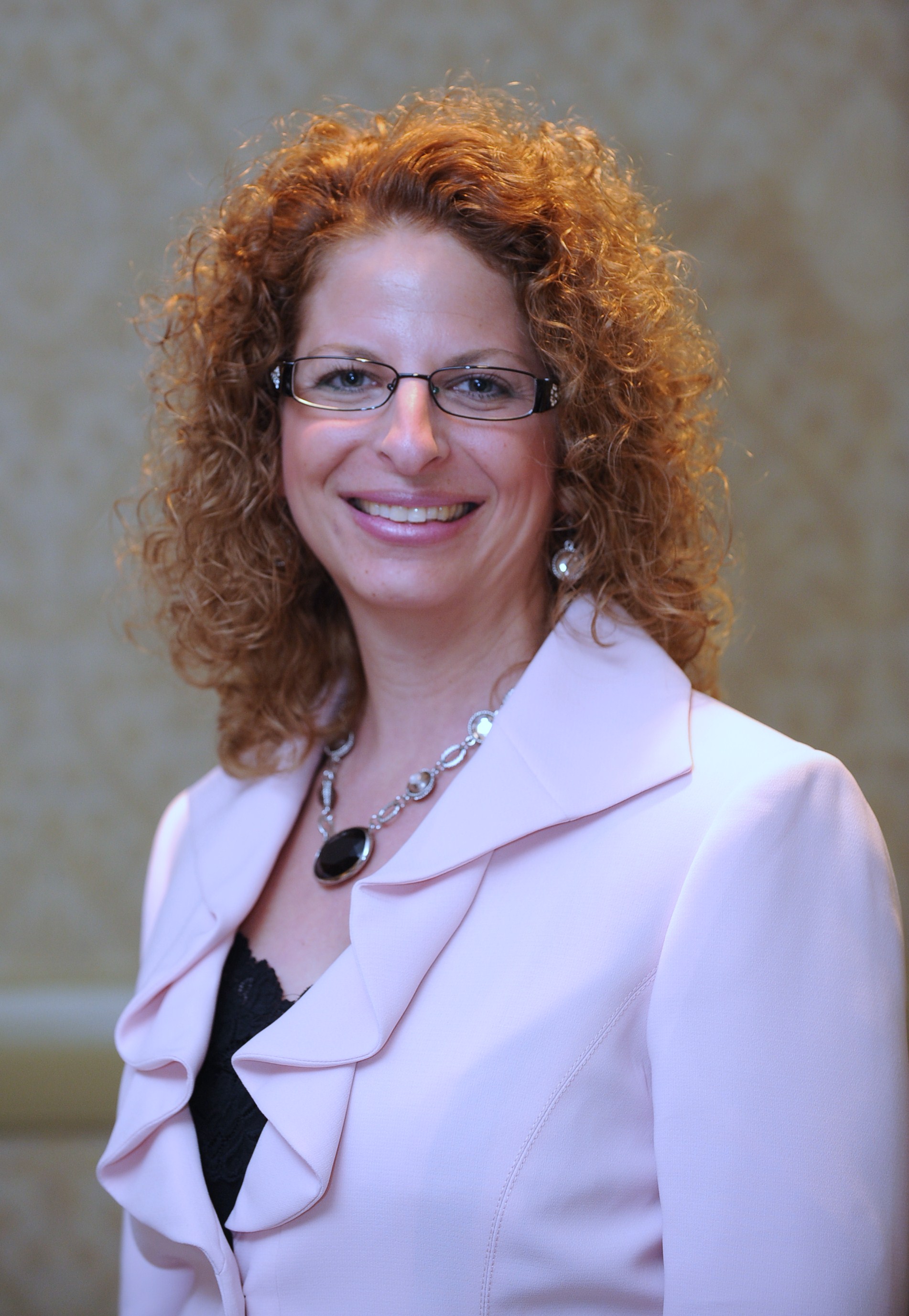 Members of the National Organization of Research Development Professionals (NORDP), which holds annual conferences in Research Development, are familiar with the challenges of bringing collaborative teams together. One of the founders and President of NORDP in 2013 and 2014, Alicia Knoedler says, “There were about 60 of us who had been collectively identified by a single person who was full-time at Northwestern University at the time. Holly Falk-Krzesinski [, the founding president of NORDP, works full-time for Elsevier now and still teaches at Northwestern]. She very astutely noticed that there were a lot of people doing this work that she was doing at Northwestern, but there wasn’t a collective name for it. So she basically just called a lot of people and said, ‘This is what I do, what do you do?’”

A community soon formed around people who found themselves to be doing the same kinds of work and very quickly they were learning best practices from each other when previously they hadn’t known there were so many other people with similar jobs. The group realized they needed to formalize an organization so they could “reinforce one another and train and get involved and find more people.”

When asked if members join NORDP to improve at networking, Holly notes, “Actually, NORDP members tend to be great at networking—a hallmark of successful research development professionals. NORDP members connect researchers across disciplines and institutions, connect internal expertise with external resources such as grant funding, and connect with one another. Another strength of the NORDP membership and a distinguishing feature of the organization is the large number of people with strong research backgrounds, including many with advanced degrees across a range of disciplines. Research development professionals take seriously the good stewardship of science and tend to be a very service-oriented group.”

The benefits of having a peer group have been tremendous. Holly says, “It’s the most collegial organization I’ve ever been a part of! Everyone is so generous with sharing their experiences and ideas... That may seem counterintuitive since often our investigators and institutions may be competing against one another for grants, but we’ve found that sharing information and helping one another really just makes the pie bigger for everyone.”

The forming of NORDP is a great example of a group that came together based on work they had done in the past. At Exaptive, we’ve noticed when two people are prepared with information about the qualities they bring to a project -- what they have in common and what their differences are -- they can quickly have a productive conversation to solve problems that can impact the future of their work. We call this artifact-based collaboration. The artifacts can be anything created by humans: articles, tools, techniques, hypotheses, datasets. (Example: “This collaboration with this person is suggested for you because they are looking at biomarkers and you are researching drug efficacy, and the data you’re both using have similar structures.”)

It’s a departure from attribute-based collaboration, which is something like LinkedIn or other social media. (Example: “This group of accountants is recommended for you because you say you are an accountant.”) Attributes can characterize people or artifacts, but only people can create artifacts. Social media uses algorithms to make suggestions based on commonalities. If you liked X and didn’t like Y, and X is very similar to Z, Z is more likely to show up in your social media news feed. When we use an algorithm that accounts for attributes and artifacts, we can make recommendations based on complementary differences. Exaptive’s algorithm isn’t just looking at how potential collaborators are alike. It’s also weighing their work history and the different perspectives they have on a shared issue.

Perspective plays an important role in building teams, and can greatly affect the amount of time it takes for a team to form, storm, norm, and perform. Alicia notes, “You can have a team that’s been working together for years and introduce one person and it changes the dynamic completely. There are also several ways in which people never have access to join a team, and it takes a special, concerted effort to reach out and understand where the gaps are and understand ‘if we only had somebody who could do this, or understood this, that would change the way in which we are approaching this.’ And it takes a lot of ego-less people to realize there’s a gap and it needs to be filled by somebody who isn’t already in the room.”

Building the Research Team with a Dynamic Collaboration Engine

A dynamic collaboration engine uses an algorithm that deploys the artifact-based collaboration method to suggest optimal teams. Recently we had the opportunity to set up a Cognitive City for a group of about 150 doctors, researchers, and clinicians, who participated in a one-year, 20- to 35-person cohort in a program that ran for seven years. The participants have different specialties, researched in studies with diverse regional and topical foci, and they currently live all over the world. The director of the program was interested in finding the best three-person team to solve a health problem in a specific region.

If you were to create a three-person team from a group of 143 individuals, you’d have 477,191 options to choose from. (Sounds like a fun afternoon.) Even if everyone were in the same gigantic room, it would be almost impossible to find the best team by trial and error. It would be completely by chance if the best team were found at all. With our algorithms looking through the connections for similarities and – more importantly – complementary differences, the number of suggested teams was reduced by more than 99.8%. Tweak the algorithms to find the best three-person team that have a connection with a certain region, or a core competency, and the number of potential teams quickly resolves to a few optimal choices. Six, in this case. (Your afternoon just opened up!)

How do you score a team for its promise to be collaborative? We call it a group’s ‘exaptation potential.’ It’s calculated using artifacts, attributes of the people, and attributes of the artifacts. Exaptive data scientist Frank Evans explains how to measure exaptation potential: “The Cognitive City creates a matrix that takes into account attributes. Both attributes of artifacts and attributes for each individual researcher, analyst, scientist, administrator. The algorithms balance the similarities for the whole team. So while the individuals may be connected by some things they have in common, they’re suggested for a team because their differences complement the strengths of the other members within the context of the common purpose.”

Dave points out the difference between a team with a low exaptation potential and a high exaptation potential. “Having too little in common leads to a low score, but having too much in common also leads to a low score,” Dave says. “The key to innovation is not just to maximize overlap. It’s to have the right commonality combined with the right amount of complementary differences.”

Removing some of the time-consuming barriers to building a great team means the team can begin to solve a problem faster. When a team gets started faster, it’s an opportunity for collaboration and innovation to happen sooner. Endless possibilities branch out from there.

We’ve been exploring ‘Faster Is Different’ as it applies to facilitating research and innovation in general. Get more context on our perspective here. And here is an additional article about how science makes innovation faster and different: