Exaptation is how radical innovation happens. It is usually left to chance, but with the Exaptive Studio and Cognitive City you can repeatably have, or facilitate for others, exaptations like the ones described on this page.

1. The process by which natural features acquire functions for which they were not originally adapted or selected.

2. A cognitive model as well, describing the repurposing of ideas in other fields.

3. The ah-ha moment in which we suddenly realize that something we thought applied in only one context has important implications in a completely different domain.

If you want to learn more about the concept's origin in biology check out Stephen Jay Gould and Elisabeth S. Vrba's "Exaptation - A Missing Term in the Science of Form." To read about the repurposing of the concept to human innovation (exaptation's exaptation), check out Steven Johnson's Where Good Ideas Come From.

Gutenberg invented the printing press after visiting a winery and seeing how juice was squeezed from grapes by a wine press. Screw press technology was antiquated even in his day but had been widely employed in agriculture for applying pressure on a flat surface. Gutenberg applied the idea to printing, while improving the technology for that purpose.

Frank Gehry’s architectural designs push the boundaries of typical aesthetics. To do so, he had to shift the norm for how to engineer buildings. Gehry had to look outside his field for technology that would enable him to do that. He found it in aerospace engineering in a software package called CATIA, used to develop the Mirage Jet Fighter in 1977.

Data visualization created by Martin Wattenberg for visualizing patterns in music are repurposed to visualize gene sequences, among other string data. Geneticists hearing Wattenberg speak in 2011 quickly realized that gene sequences, like music, are series of letters and asked for help using the technology. Wattenberg expanded his understanding of arc diagrams to encompass visualizing the structure of strings in general.

Astronomers at Harvard use MRI software to visualize astronomical data. Surgeons were using the technology for 3D visualization of the brain. The Astronomical Medicine Project was founded on the realization that space phenomena could be visualized using the same sofware, just as highly irregular brains.

The first private space plane, designed by Burt Rautan, reenters the atmosphere using wings inspired by a badminton birdie. Reentry was a stability problem. The badminton birdie (a.k.a. shuttlecock) immediately orients itself during flight. Interestingly, Rutan trumpets the importance of gut feel as a designer, alongside training as an engineer.

Oliver Selfridge, one of the most influential thinkers in AI, had his ah-ha moment while reading Milton's "Paradise Lost." This 17th century epic poem tells the story of Adam and Eve cast from the Garden of Eden in the war between God and Satan. The capital of hell, Pandaemonium, is filled with shrieking demons, with Satan presiding over them. Selfridge developed the four-tier "Pandaemonium Architecture" for visual pattern recognition, comprised of image demons pushing data to feature demons pushing data to cognitive demons pushing data to decision demons. This architecture revolutionized the field, and Selfridge became known as the "Father of Machine Perception."

Inspired by the whirligig, a children’s toy, bioengineers at Stanford developed a blood centrifuge that costs twenty cents and requires no electricity. Getting a blood diagnostic in remote or impoverished places is slow or even impossible, when it requires expensive equipment that’s miles away, often with no roads. Realizing the physics of creating enough spin had already been solved, they built a blood entrifuge out of paper, twine, and plastic. The test results are published in the Jan. 10 issue of Nature Biomedical Engineering.

Data scientist Matthew Coatney took algorithms created for music and protein sequences, respectively, and applied them to analyzing global public-health data. Researchers wanted better insight into health outcomes across the world. They needed to break out of the binary, simplistic perspective of "developed" versus "developing" nations. Coatney's work took decades of time-series data and enabled detailed comparison between individual countries based on public policy, living conditions, and health outcomes. 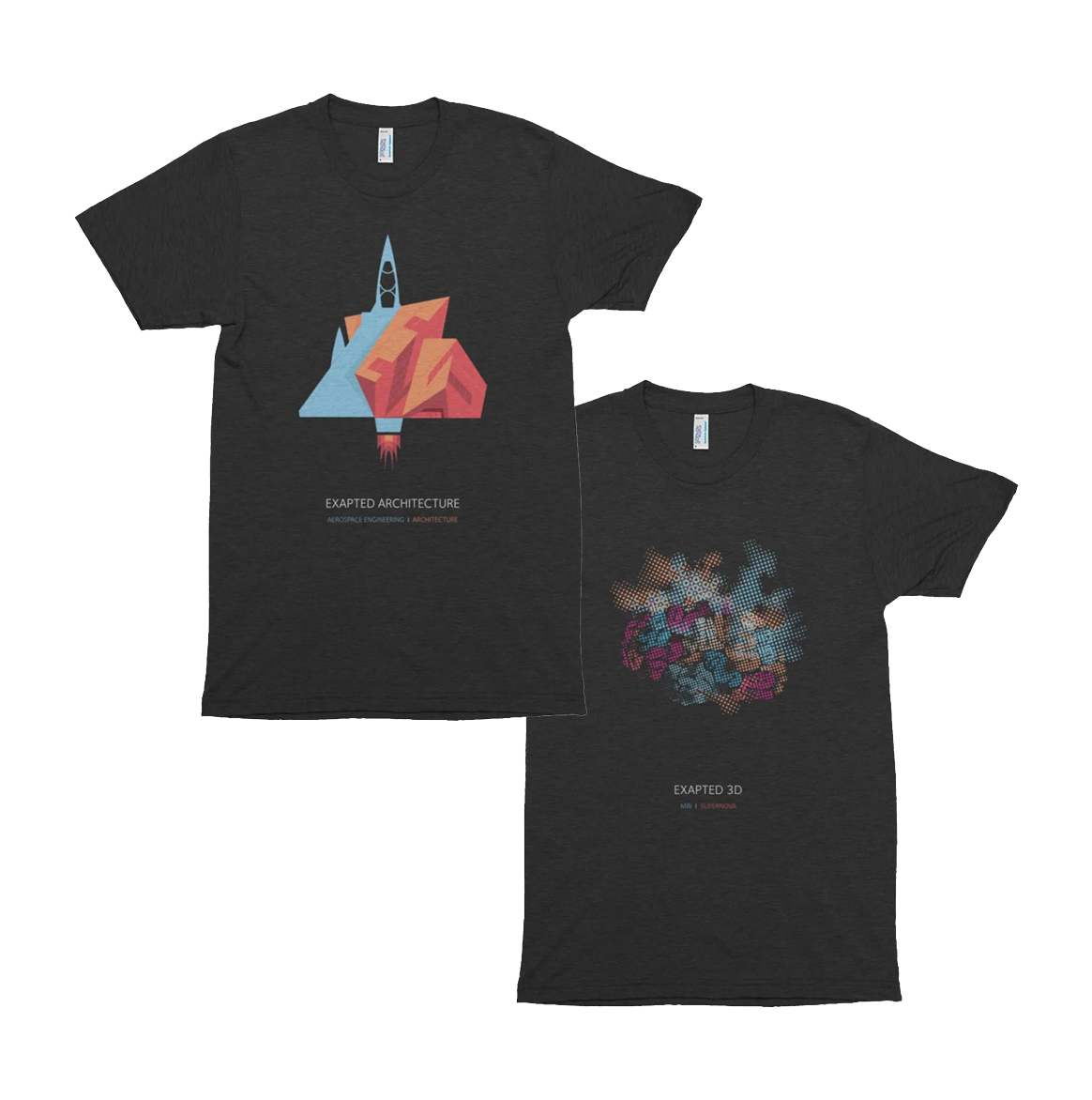 Our exaptation images, which mashup two ideas into one cool picture, are available on mugs, t-shirts, and hoodies which you can buy from our swag store.
Do you have your own exaptation example?

Tell us about it and it might become the newest image in the lineup!

Our exaptation images, which mashup two ideas into one cool picture, are available on mugs, t-shirts, and hoodies which you can buy from our swag store.
Do you have your own exaptation example?

Tell us about it and it might become the newest image in the lineup!