We build software that helps tackle the simple and complex real-world problems people face when working towards a common goal.

Exaptive was founded on the idea that innovation doesn’t have to wait for serendipity; innovation can be facilitated. When a tool, technique, or method developed to solve a specific problem gets co-opted in a completely different domain and completely different context to become an innovative solution, that’s exaptation. Bringing collaborators with a mix of shared and unique perspectives together is a formula for exaptation. We built the Cognitive City® platform to bring together people, data, and analysis tools to do just that.

We got started in 2011 in Cambridge, Massachusetts. A small team spent their first few years incubating the platform while generating revenue through services engagements. In 2014, we relocated headquarters to Oklahoma City and raised seed funding. Since then we have proudly grown our revenue, our team, and our impact several times over.

David King founded Exaptive in 2011 to facilitate hypothesis-generation and innovation using data. Frustrated that discovery was often hindered by software and that discovery often hinged on serendipity, Dave was driven to build a software ecosystem that facilitates unexpected, cross-disciplinary connections and yields more Aha! moments for data scientists, researchers, developers, statisticians, and everyone who needs to make better decisions from data.

A graduate of the Massachusetts Institute of Technology (MIT) with a bachelor’s degree in electrical engineering, Dave has spent 15 years working in software development – from system architecture and large-scale database design, to the psychology of user interfaces, to managing software development teams. During 12 years at SynQor, Inc., where he was chief software architect and IT director, he pioneered paperless manufacturing information systems and developed an industry-leading component-level tracking system that received accolades from customers including Cisco Systems, Intel, EMC, Compaq, and Nortel Networks.

Dave has presented about his approach to working with data at software development, Big Data, and life sciences conferences worldwide.

Michael Perez uses his skills in business, law, and communications to make Exaptive a productive, efficient, and creative operation. He focuses on lean process and great teamwork. 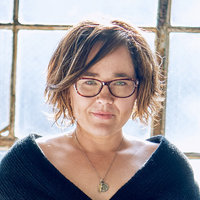 Shannan Callies is responsible for the day to day operations of Exaptive, for our team and for the execution of sales and support of Exaptive’s global customer base. Shannan additionally nurtures the culture of Exaptive and ensures the employee experience for Exaptive’s corporate office and employees around the world is exemplary. “Shan” genuinely cares about people and you can see that in every aspect of her work.

Her passion of caring for people is evident in her non-profit roles prior to coming to Exaptive. She worked at the Oklahoma Health Center Foundation supporting the president and board while working with the Brookings Institute to launch the Innovation District, an area of OKC dedicated to foster innovation, collaboration and entrepreneurship. She has also worked for a large international non-profit where she directed the domestic feeding program ensuring that children and families across the nation had essential food and personal care products. 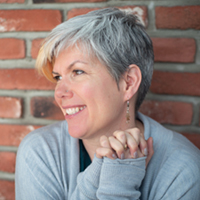 Terri Gilbert has 15+ years experience in Scientific Communication, in particular using data and visualization tools to help people solve complex problems. Terri established the education programs at the Allen Institute for Brain Science and joined the team at Exaptive to help develop the Cognitive City Platform, create an education component for users, as well as train people to use this dynamic interface to solve their wicked problems.

Terri is a neuroscientist by training, and as such is passionate about and accountable for engaging users of the Exaptive Cognitive City platform by creating experiences that are emotionally linked to what people care about the most. She works remotely out of Seattle, WA but is a lover of travel so could be anywhere. 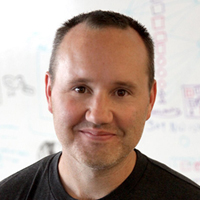 Cory White joined Exaptive in 2016 to help realize its vision of creating accessible software for facilitating innovation. He subsequently assumed a leadership role as he helped to foster both engineering and workflow best practices and has since worked diligently to champion and enable a user-value-centric mentality throughout the development shop.

Having earned a BA in Mathematics from the University of Oklahoma in 2004, Cory toured the United States as a professional musician for 5 years before settling into a career in software development. His work in software has since resembled his music: straightforward and to the point, favoring the big picture over the smaller parts. 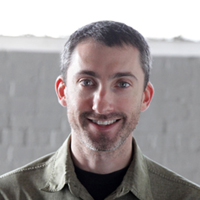 Kent Morgan integrates with Exaptive's marketing, engineering, and support teams to keep our software aligned with customer needs. His focus is on ensuring the suite of products support our goal of enabling its customers to leverage their resources in new and innovative ways.

Kent is a graduate of the United States Air Force Academy with a bachelor's degree in operations research and obtained a master's in applied mathematics from the University of Central Oklahoma. He served as a communications officer in the Air Force where he ran the operations squadron at Beal Air Force Base before becoming the operations manager of a state-of-the-art data center for the State of Alabama. He brings over a decade of experience in communications and technology across federal, state, and commercial sectors.