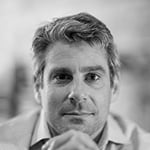 In Stanley Kubrick’s famous film based on Arthur C. Clark’s book, 2001: A Space Odyssey, a mysterious black monolith appears on Earth millions of years before modern humans. It’s the classic “black box.” We don’t know who made it, what’s in it, or how it works, but it’s miraculous and powerful and somehow results in jumpstarting the entire evolution of humankind.

A week ago I traveled with two of my colleagues to India where we participated in a multi-day workshop for a large-scale multi-continent collaborative data-science initiative that was just getting underway. No one at the conference talked about Kubrick’s film, but there was plenty of talk of “black boxes.”

In a collaborative project of the size and scope being discussed at the workshop, there were no shortage of things for which different stakeholders felt they lacked visibility. This was clearly a source of stress and frustration. There was excitement too -- a sense that all these black boxes together had the potential to advance both science and society -- but no one wanted to just trust blindly in them. On the second day of the conference, just before my colleague Dr. Alicia Kneodler and I were about to present to the group about the Cognitive City, the Q&A from the previous presentation led back to this topic. A participant asked the question, “How can we shine more light on these black boxes and make them a little less opaque?”

Alicia leaned over to me as said, “That’s exactly what a city is: a bright spot of light. Can we use the Cognitive City to shine more light where it’s needed?” Her question really stuck with me. The Cognitive City is the name of the platform my company has developed over the last 8 years for making collaborative research easier. We’ve been focused on trying to facilitate innovation; that’s where the whole name for the platform came from. Cities are birthplaces of innovation, and my team wanted to create a system that could foster innovation in virtual space the way that real cities can foster innovation in physical space.

But now Alicia was making me think about visibility more explicitly than ever before. We had always put a strong emphasis on visualization in our platform - from visualizing the ‘dataflow’ of an analysis to visualizing the network of a research community. We liked visualization precisely because of its ability to illuminate complex things. But now I found myself thinking about visibility and the city metaphor more holistically, and of images of the Earth from space, like this one from NASA:

It turns out that these maps of light from space are incredibly telling. The amount of light that a city puts out tells you about their economic development. The increase in their light output over time tells you about their urbanization. In India, what we were hearing was that for a lot of the participants, data-science projects were dark portions of the map, and they desperately wanted a brighter landscape.

Deeply understanding how people collaborate to generate outcomes and innovate is a wicked problem but it doesn’t have to be a black box. There is a rapidly growing field called the science of team science which aims in many ways to illuminate aspects of scientific collaboration. There is even a “team science toolkit” available on the web that allows you to access much of the latest research in this area (I went to the site and searched for the term “black box”, which resulted in just one match - a paper focused on increasing visibility to the different motivations driving researchers).

Some of what the science of team science literature explores includes the various roles, behaviors and contributions of team members. The multi-country/continent collaborative project mentioned above brings together domain scientists and data scientists. Other teams we are working with emphasize the co-production of knowledge across domain scientists and stakeholders. There is much diversity across teams performing research together and Alicia and I have been focused on adding visibility to team science focused on human behavior within teams. In the case of data science-focused projects, it appears to us that there are several distinctive types of black boxes that need to be illuminated, and it seems that no comprehensive framework yet exists to provide structure to this work of illumination. So, let me take a nascent first pass at a rough scaffolding:

When I look at this list, I see a lot of work ahead of us. One thing that stands out to me is that most of our current methods of illumination are backwards looking. They are flashlights that we try to shine behind us after the work is done. In order for large-scale data-science projects to be successful, I think it is critical that we develop the ability to shine the light ahead of us and illuminate the increments of work that are currently in process or still under development.

This is one of the things that I’ll be asking the Exaptive team to think more about as we continue to develop the Cognitive City. If they are fans of 2001: A Space Odyssey, like I am, they might be tempted to say, in their best HAL impression, “I’m sorry, Dave, I’m afraid I can’t do that.” But it won’t work on me. I know they can, and I’m looking forward to blogging more about the progress they make.