In April 2018, data experts from around the world traveled to Seattle, WA, for the 2018 Sage Assembly. The topic this year was “Algorithms and the Role of the Individual.” 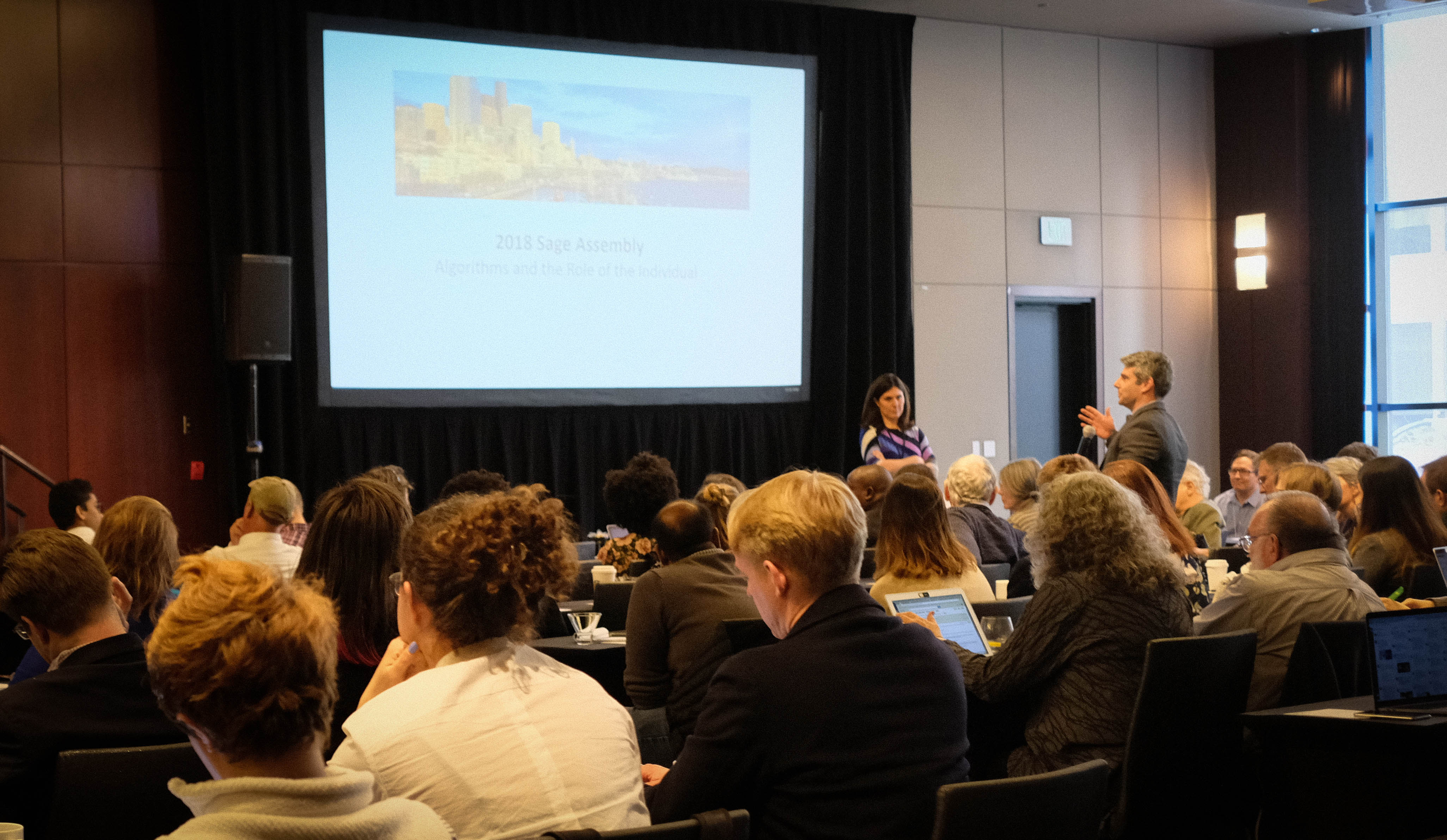 Day One of the assembly included a great opening presentation by Sage Bionetwork’s President, Lara Mangravite. Exaptive CEO Dave King attended to learn and to speak. Dave was invited to give a Lightning Talk. The three-minute speech focused on using tech to facilitate new and novel ideas, in particular by making it easier for tools and techniques used in one discipline easier to use in other disciplines. (Check out the video of his presentation here at 47:29.) 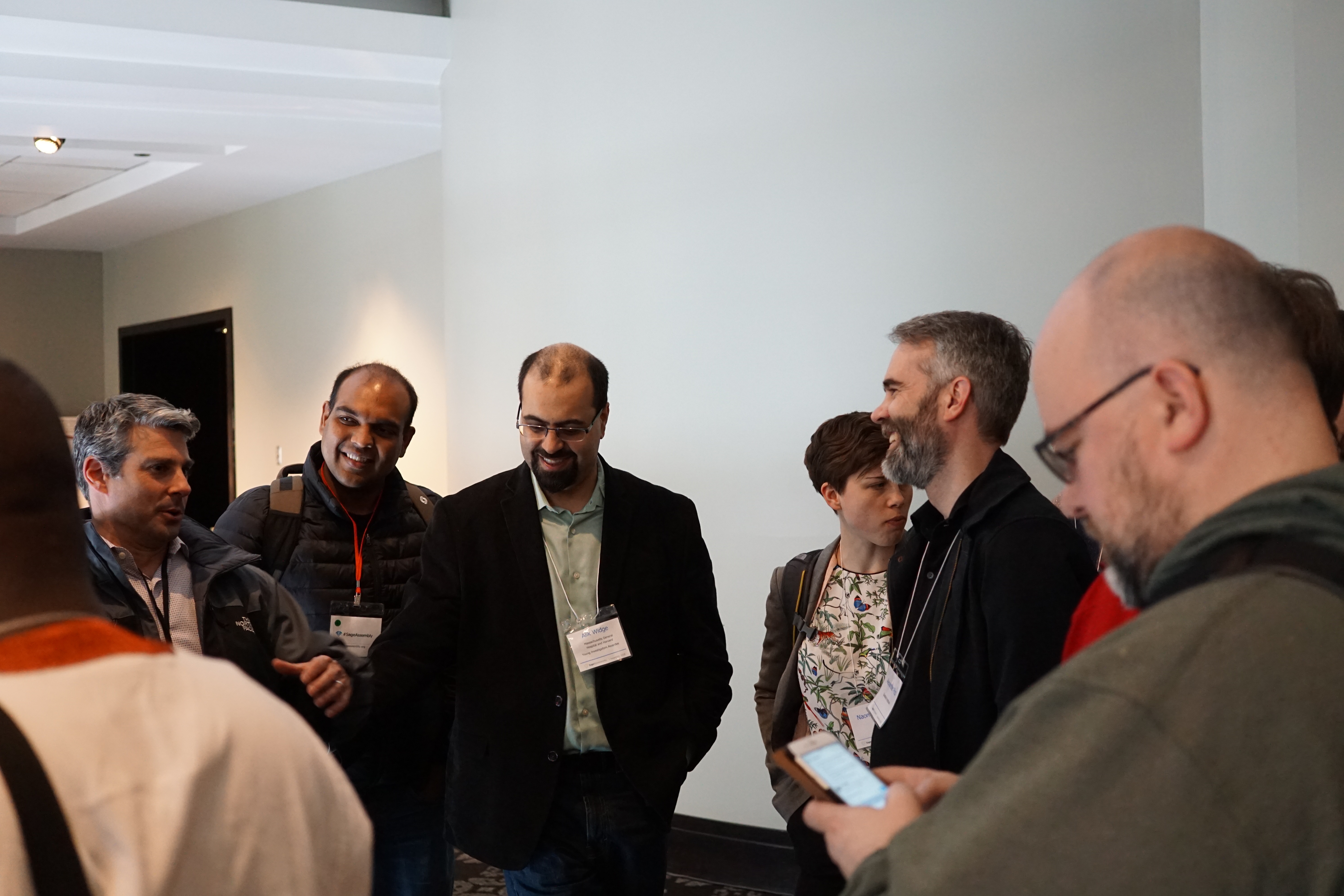 He found it easy to engage with others at the conference. In this photo, one group prepares to find their way to the Amazon Go store - half using GPS and half relying on strangers’ directions. The outing was an experiment in observing the different ways humans interact with their environment. Dave says, “This conference really had the feel of a community. Everyone who was there was passionate about the need for open science and thoughtful about what was required to truly make open science possible.” After finding their way to the Amazon Go store with and without GPS, discussion about the navigation experiment followed at the Cyclops Cafe, a Seattle icon. 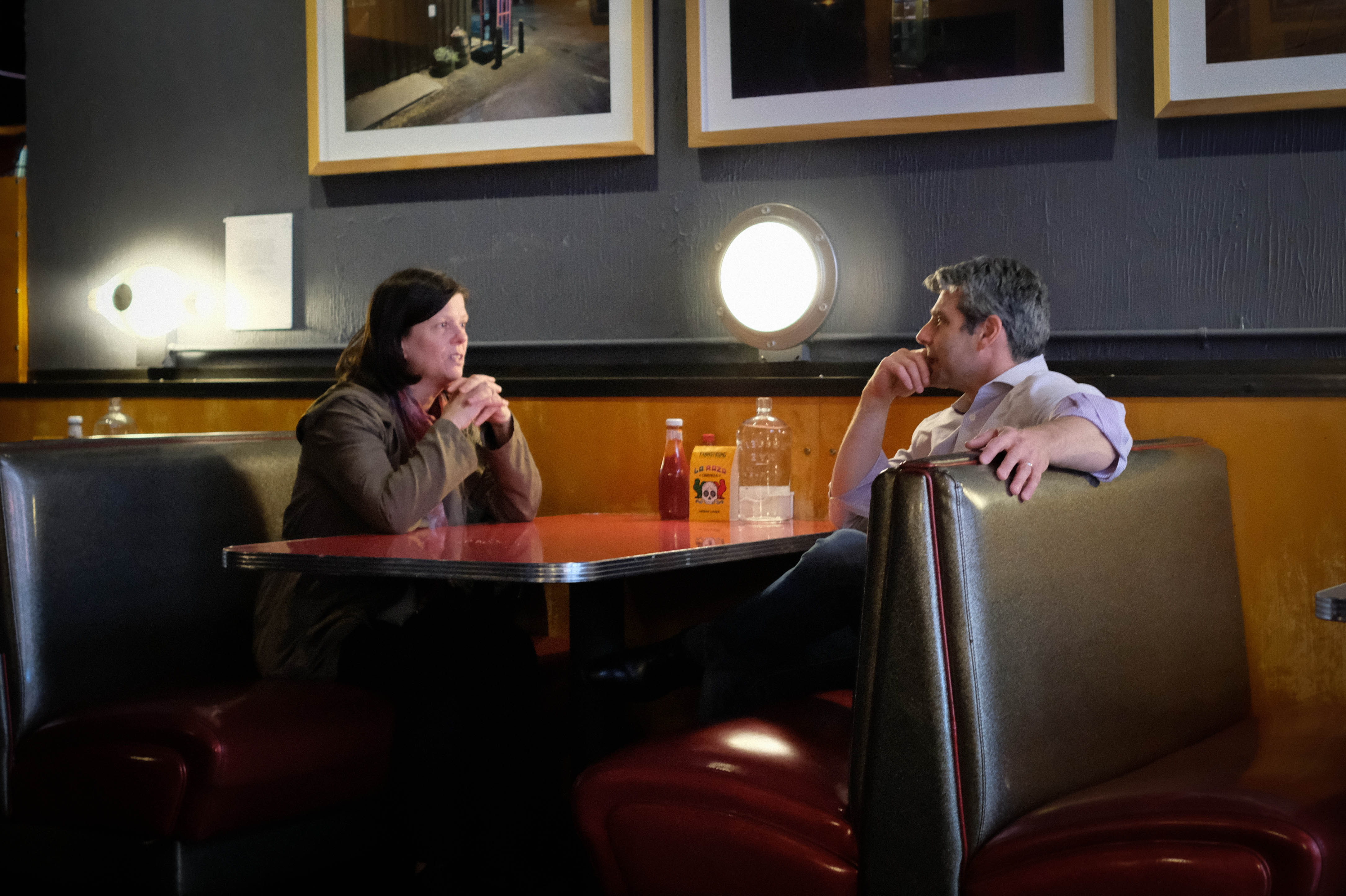 The overall consensus that seemed to emerge at the conference was that the role of the individual with regard to data and algorithms is nuanced and fraught with ethical issues. Some speakers brought attention to the beneficial role that algorithms can play in health - helping diabetics control their blood sugar, for example - while simultaneously pointing out that these potential benefits come with perils that require particular attention from the science community. As individual data become increasingly collected by everything from clinical trials to consumer products like activity trackers, it becomes increasingly important to understand the ethical issues associated with our ability to capture such granular detail on people, and to use that information in algorithms that are sometimes ‘black boxes’ even to their creators. 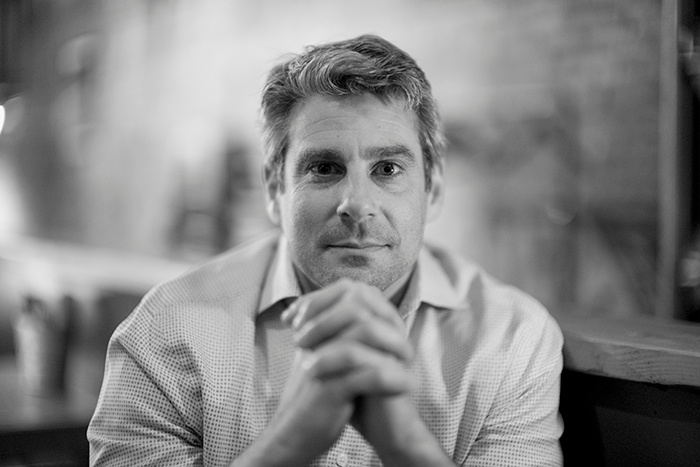 This photo by scientist and photographer Bryan Jones. Other photos courtesy of Sage Biometrics.

Bring up algorithms, and a mention of AI is not far behind. One conversation that comes up consistently at Exaptive is the difference between AI and IA. Artificial Intelligence uses machines to replace the work of humans. Intelligence Augmentation uses machines to supplement the work of humans. Exaptive is firmly in the IA ‘camp,’ believing the best way to facilitate innovation is to give humans more capacity to tackle large problems, rather than letting machines try to solve problems for us.

The Sage Assembly is hosted annually by Sage Bionetworks.