October 2018 - “My experience of hackathons before is that they’re very technology focused. And that’s sort of the idea: there’s a new technology and we’re going to hack on it,” CEO Dave King reflected. “But it’s almost like hacking on it for hacking’s sake.”

Exaptive hosted subject matter experts from a large non-profit for a hackathon in October. Small teams working together on data visualization and algorithms within the context of scientific inquiry were able to produce some pretty amazing tool prototypes in less than 24 hours.

“I think by having the subject matter experts present through the whole process and embedded in the teams, it served as a constant reminder and a constant voice directing us away from just the coolness of the technology, or the size of the dataset, or the complexity of the algorithm. Sort of directing us away from those things that I think programmers get excited about,” Dave said, “And directing us towards what the real excitement is, which is: these things can make a difference for people dealing with disease or they can advance the science and they can advance the understanding.”

We learned so much from this event, we’re excited to share more. Subscribe to our blog to get notified when we publish our lengthy new blog article about the experience, and even a short documentary. (Seriously, we learned that much and it was that good.) 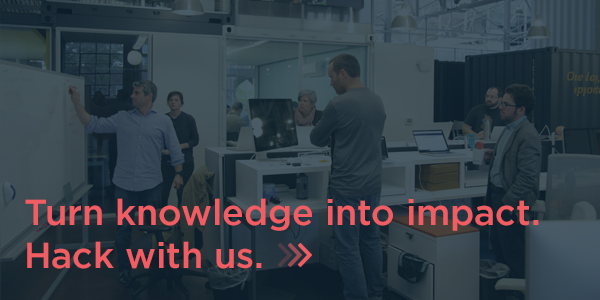