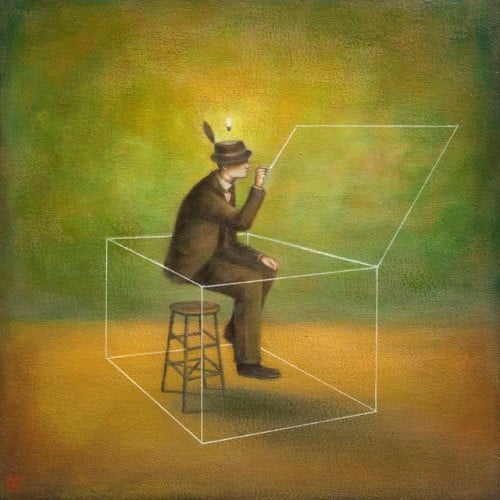 Einstellung is a German word that translates to setting, mindset, or attitude. The brain attempts to work efficiently by referring to past solutions without giving the current problem much thought. It’s stuck in a mindset. We apply previous methods to a seemingly similar problem instead of evaluating the problem on its own terms. This effect presents across disciplines and skill levels. Whether or not we know it, we all experience it.

Although a bit of an extreme case, this problem is synonymous with the philosophy of JK Simmon’s character in the movie Whiplash: "There are no two words in the English language more harmful than 'good job.'" One becomes content with local maxima rather than the absolute maximum.

Innovating with the team you've got