Exaptive was founded on the idea that innovation doesn’t have to wait for serendipity; innovation can be facilitated. When a tool, technique, or method developed to solve a specific problem gets co-opted in a completely different domain and completely different context to become an innovative solution, that’s exaptation. Bringing collaborators with a mix of shared and unique perspectives together is a formula for exaptation. We built the Cognitive City® platform to bring together people, data, and analysis tools to do just that.

“At Exaptive, we think less about giving people reports or dashboards, and more about letting them explore a complex data landscape as a collaborative community,” says co-founder and Chief Executive Officer Dave King. “Whether it’s the human genome or it’s the financial markets, people want a different interaction paradigm, to look in different directions and from different perspectives as their minds dictate.”

We got started in 2011 in Cambridge, Massachusetts. A small team spent their first few years incubating the platform while generating revenue through services engagements. In 2014, we relocated headquarters to Oklahoma City and raised seed funding. Since then we have proudly grown our revenue, our team, and our impact several times over. 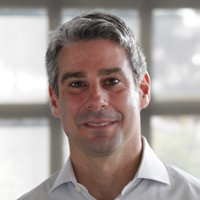 David King founded Exaptive in 2011 to facilitate hypothesis-generation and innovation using data. Frustrated that discovery was often hindered by software and that discovery often hinged on serendipity, Dave was driven to build a software ecosystem that facilitates unexpected, cross-disciplinary connections and yields more Aha! moments for data scientists, researchers, developers, statisticians, and everyone who needs to make better decisions from data.

A graduate of the Massachusetts Institute of Technology (MIT) with a bachelor’s degree in electrical engineering, Dave has spent 15 years working in software development – from system architecture and large-scale database design, to the psychology of user interfaces, to managing software development teams. During 12 years at SynQor, Inc., where he was chief software architect and IT director, he pioneered paperless manufacturing information systems and developed an industry-leading component-level tracking system that received accolades from customers including Cisco Systems, Intel, EMC, Compaq, and Nortel Networks.

Dave has presented about his approach to working with data at software development, Big Data, and life sciences conferences worldwide. Michael Perez uses his skills in business, law, and communications to make Exaptive a productive, efficient, and creative operation. He focuses on lean process and great teamwork. 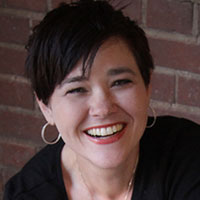 Shannan Callies is responsible for the company’s strategic partnerships as well as the vision and execution of customer service and support of Exaptive’s global customer base. She additionally oversees the employee experience for Exaptive’s corporate office and employees around the world. Shannan genuinely cares about people and you can see that in every aspect of her work.

Her passion of caring for people is evident in her non-profit roles prior to coming to Exaptive. She worked at the Oklahoma Health Center Foundation supporting the president and board while working with the Brookings Institute to launch the Innovation District, an area of OKC dedicated to foster innovation, collaboration and entrepreneurship. She has also worked for a large international non-profit where she directed the domestic feeding program ensuring that children and families across the nation had essential food and personal care products. 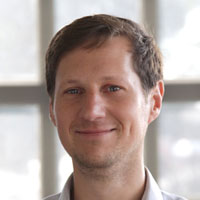 Tom Lambert worked in the public sector for 10 years trying to create the data and infrastructure needed to support a well functioning public health system. As data access improved, Tom’s interest shifted to helping the public health community better use data in every interaction.

Tom’s goal-oriented mindset and skills in listening objectively to people’s needs help Exaptive turn customers' business needs into concrete software features. His degree in Geochemical Systems and Climate Change and Environmental Science and Policy along with a background in public health brings additional expertise to Exaptive in some of the world’s most challenging problems.

Wonder how a City can help?