August 16, 2018 - We experienced the biggest turnout yet for a Data+Creativity meetup this month. Roughly 60 people joined us to hear George Fairbanks, an author and Google software engineer.

George wrote Just Enough Software Architecture, a book many Exaptive developers read and discussed in a book club. At the meetup, George used a unique, interactive format where he let people offer up topics and then let the crowd use dot voting to choose the ideas that would be discussed.

The topic “programming as theory building” won the vote. George discussed the idea that building software is really about building a theory, and maintaining software is largely about being able to easily communicate that theory - something most people don’t do in their code. 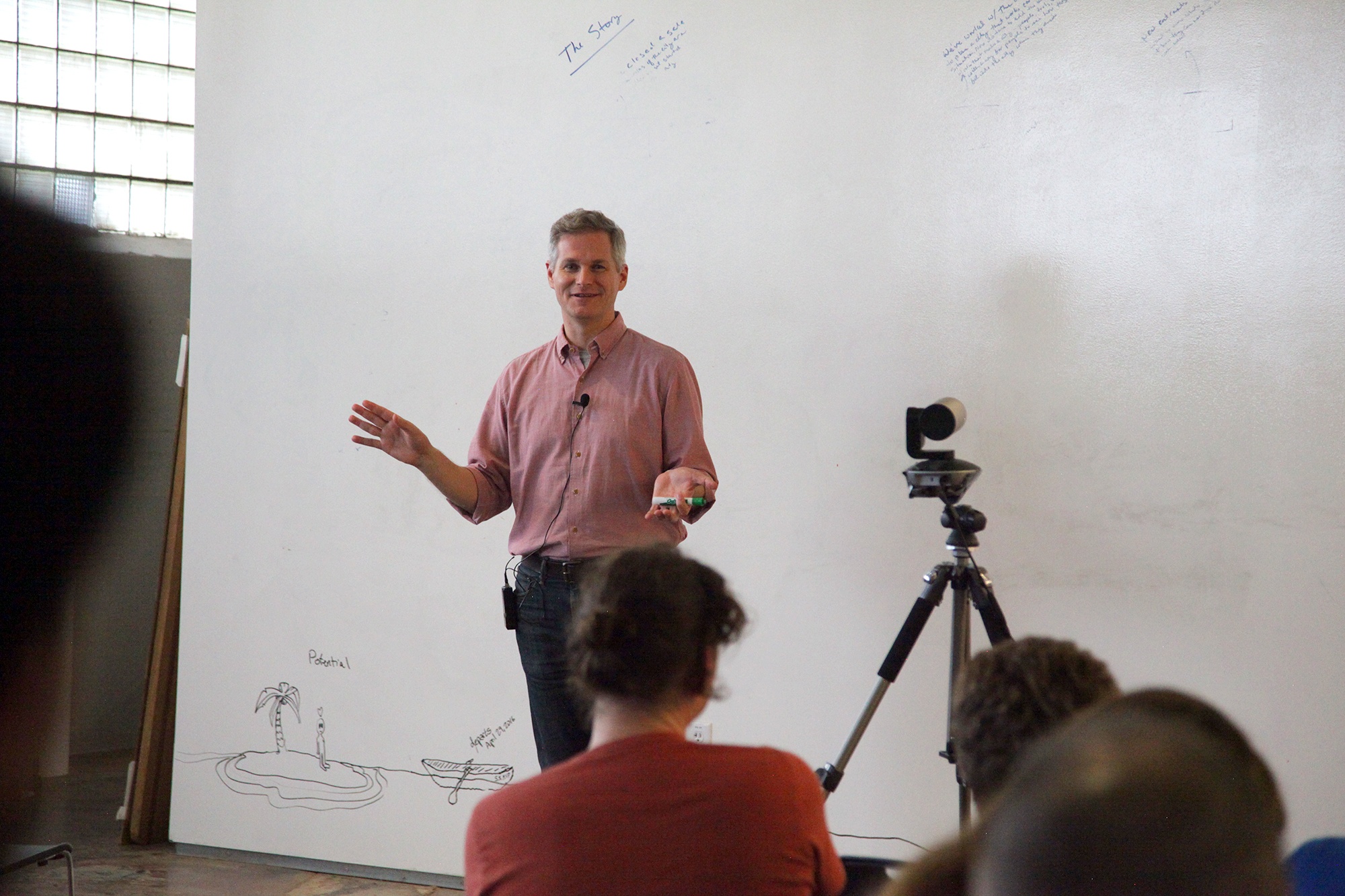 George also introduced one of the ideas in a new book he’s writing: programming as distributed cognition. He extends the idea of “programming as theory building” to include the idea that by creating good external representations of our theories we can improve the overall understanding and effectiveness of our teams.

Join the Data+Creativity Meetup or ‘like’ Exaptive on Twitter, Facebook, or LinkedIn to be the first to know about future Data+Creativity events. Starting next month, we’ll also live stream meetups on our YouTube channel.